Home » Is Snake Eyes in Craps Good or Bad?

Is Snake Eyes in Craps Good or Bad?

Snake eyes are the lowest roll that you can land in a craps game. And that means that it is a losing bet. There are occasions when rolling snake eye in craps can be good. You will win when you place a wager on don’t pass bet and roll the lowest possible combination.

Although snake eyes result is deemed bad luck in a craps game, there are scenarios during the game that will not result in a worse situation. Even though snake eyes roll is the lowest possible roll, you will find occasions that can make you win. However, it generally mean a loser bet in many dice games.

What Happens If You Roll Snake Eyes in Craps?

Snake eyes in gambling are an outcome of a two-dice roll with only one pip on each die land. When the dice land on the pair of pips on each six-sided die during the shooter round, it spells out bad luck. If you place a wager on the come out bet, you will continue playing until a point is established and rolled twice.

If you place a wager on the don’t pass line bet, you will win when either the total outcome of the roll is equal to two or three. The lowest roll in dice gets the term ‘snake eyes’ because each pip resembles the eyeballs of any human or animal. The reference of a snake is a direct result of the association with a serpent. Generally, it alludes to the bad things that snakes are known for. 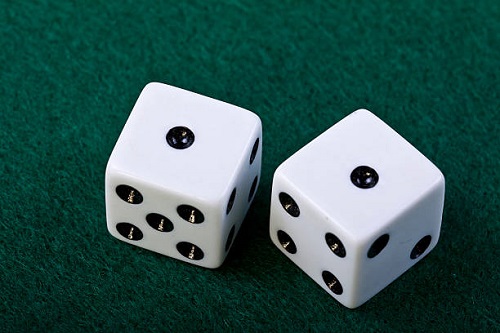 What Are the Odds of Rolling Snake Eyes?

The odds of rolling snake eyes in a craps dice game are 1-in-36. The payout odds are 30:1 on the come out roll, which is a very risky bet. If the point established is when you roll snake eyes in craps, it is not good. Some players are superstitious and expect you to lose on your next roll.

Players are advised not to place a bet on the snake eyes roll. This is because it has a house edge of 13.9%. This makes the roll one of the worst bets on the craps table game.